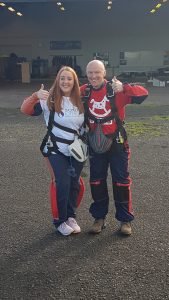 Finally, after 9 cancellations, thanks to the good old Scottish weather, our 2016 Charity fundraiser has been completed.

On Sunday 17th June, Rebecca, our Receptionist, and Beany, Pauline, our Office Manager’s husband, received the call to say that the forecast was in their favour and there was a slot for them to jump out of a plane that afternoon. Without too much time to think about it we made a mad dash from East Lothian to Fife Airfield, with the sun shining brightly and clear blue skies. Arriving around 5pm, we had the chance to watch other participants taking to the skies and then ‘floating’ back to the ground by parachute. Maybe being a spectator wasn’t a good idea for Rebecca and Beany as it was easy to see that the nerves were kicking in, particularly once they were all kitted up and the final refresher training had been carried out!

Around 630pm Rebecca & Beany took to the sky, leaving the families excitedly waving them on their way. Rebecca was first to jump and was the first little spec in the sky seen from the Airfield, before Beany followed closely behind. The parachutes unfolded and the skydivers enjoyed some playful turns and twists with their tandem instructors before then enjoying the scenery and taking in the awesomeness of what they were actually doing. With lots of cheering and squeals from the ground both skydivers came into land and were greeted with huge applause and celebrations!

Rebecca was quick to say that the best part by far was the ‘free fall’, with Beany being very keen to do it all again!

To think that back in August last year during a staff meeting we came up with the idea of a skydive, not appreciating that it could take almost a year before the event actually took place, it was never expected that the amount of money raised could have exceeded £1000 never mind £2000!

Beany raised a massive £1030 for CHAS, Childrens Hospices Across Scotland, with Rebecca raising a whopping £1610 for her chosen Charity SANDS Lothian.

We would like to take this opportunity to say a MASSIVE THANK YOU to everyone who donated to our fundraiser and hope you enjoy taking a look at all our photos and the video  look for the black spec in the sky!

Thank you to Angela Watt, who so generously covered the cost of the skydives for both participants to allow every penny raised to be donated to their chosen charities.

We would also like to say a big thank you to the team at St Andrews Skydive Centre who managed to keep all our spirits up, even at times when we thought the jump was never going to happen. Another big thank you to all our families and friends, who over the past 10 months, have taken time out of their busy weekends to join us in Fife in the hope that the jump would go ahead and of course, last but not least to Rebecca and Beany for being the bravest of us all and taking that leap from 10,000ft! Well done guys and thank you! 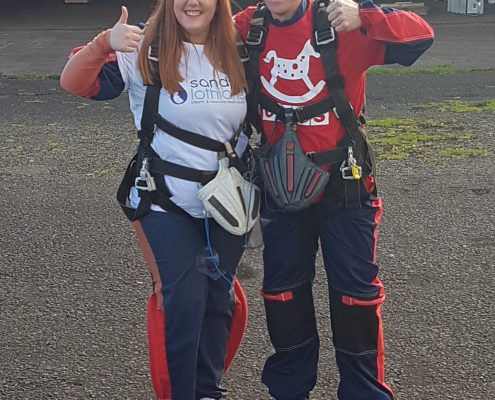 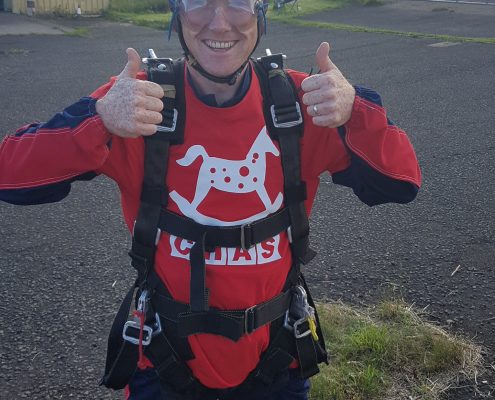 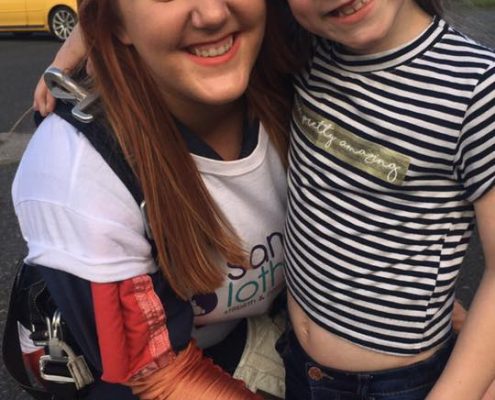 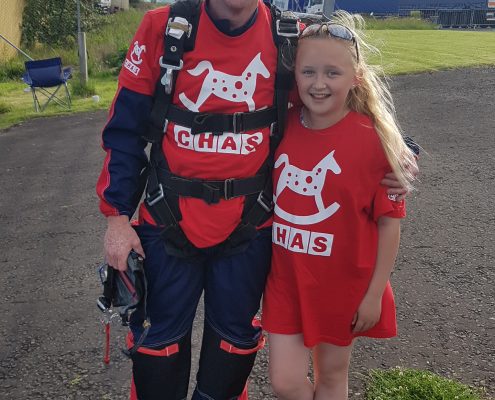 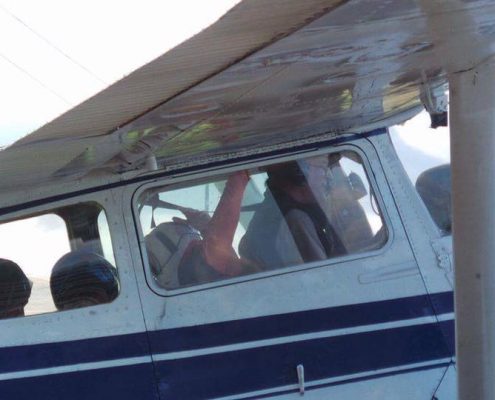 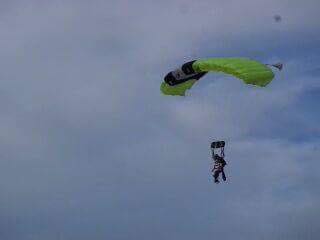 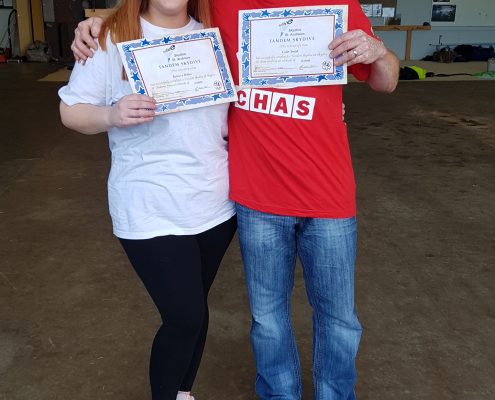 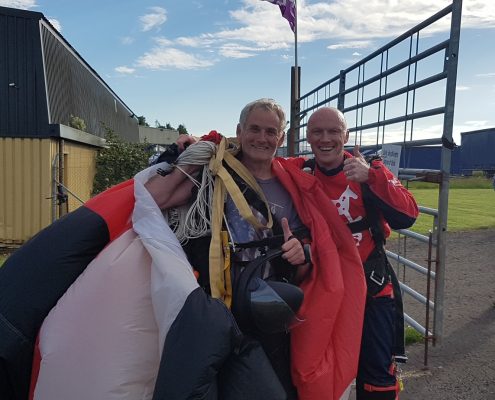 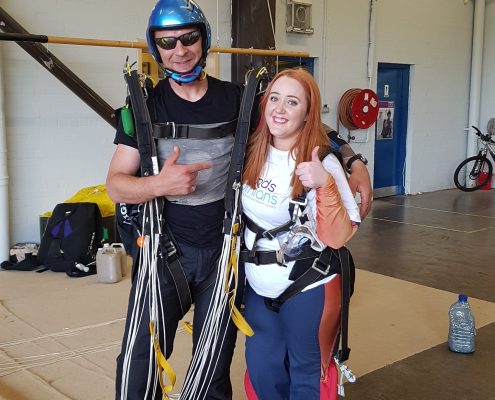 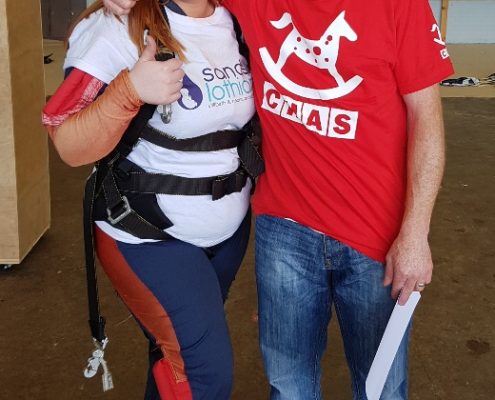 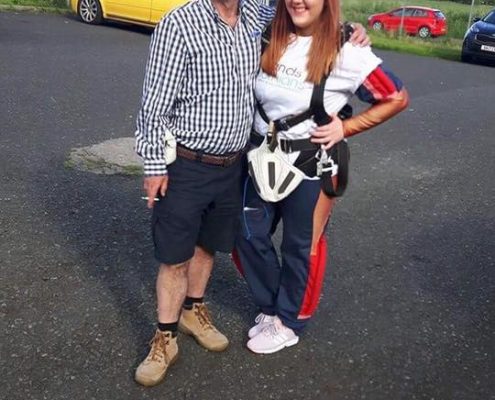 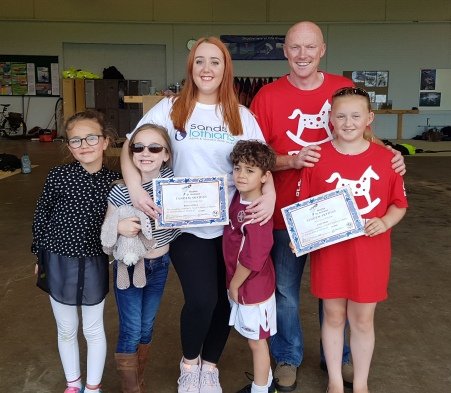 What’s all this about a new Private Residential Tenancy?